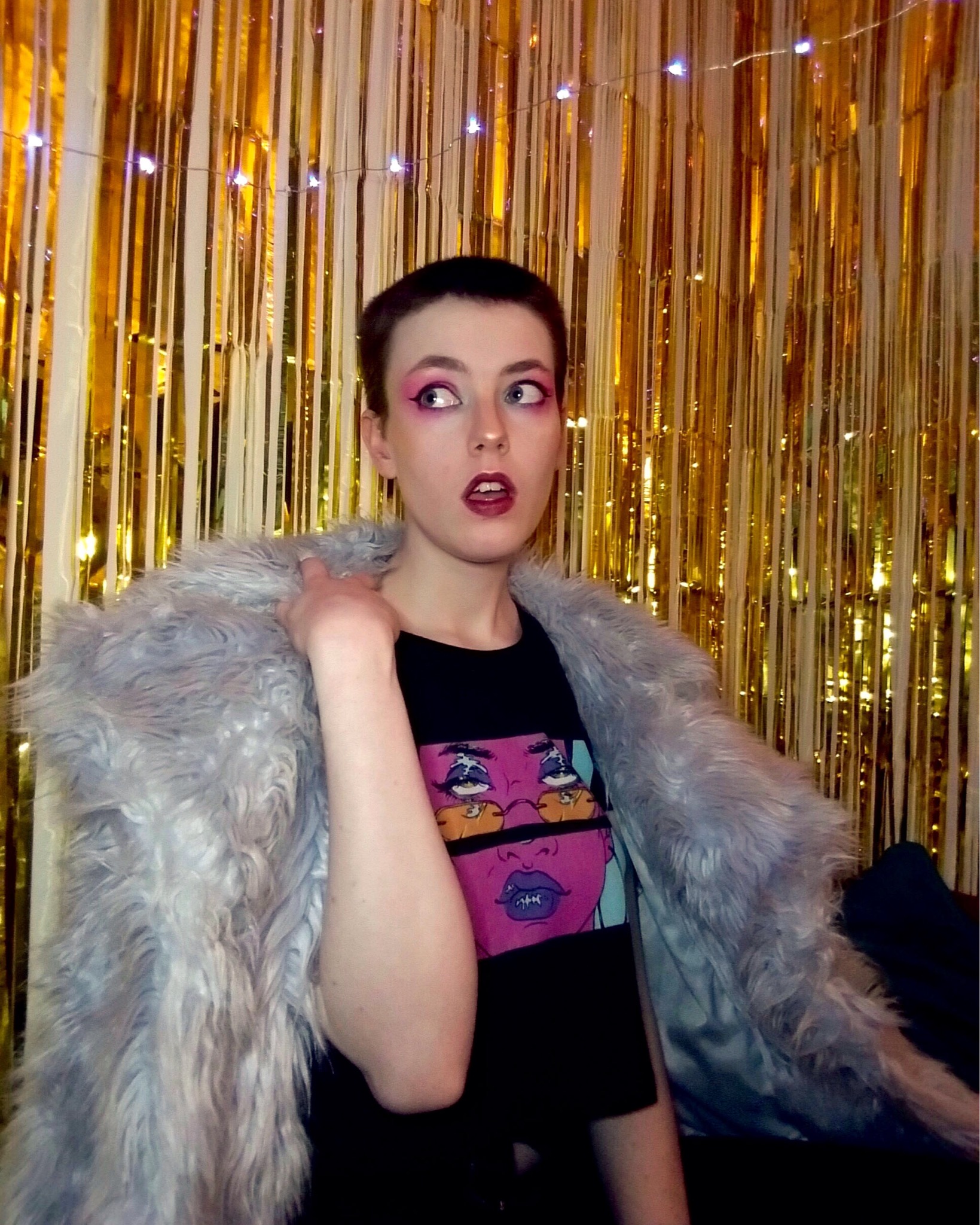 Throughout history there have always been people who exist outside western gender norms, although they may not have used today’s labels. Now, the transgender community is gaining mainstream attention and understanding. However, while the market for trans-inclusive apparel is growing, options are still limited. Many “gender-neutral” lines treat masculinity as the default, while applying neutrality to every design element - resulting in minimalist, beige garments which look like the government-issued uniforms of a dystopian future.

I decided to design something colourful and maximalist instead, with feminine-leaning androgyny. Survey respondents describe dressing based on aesthetic over gender and playing with gender in their style, while my partner’s story of always preferring the flat chestguard over moulded ones during fencing classes inspired me to take influence from historical armour and corsetry, to reimagine gender-affirming shapewear as something to be shown off, bringing them into the future with glitchy graphics and iridescent hardware. 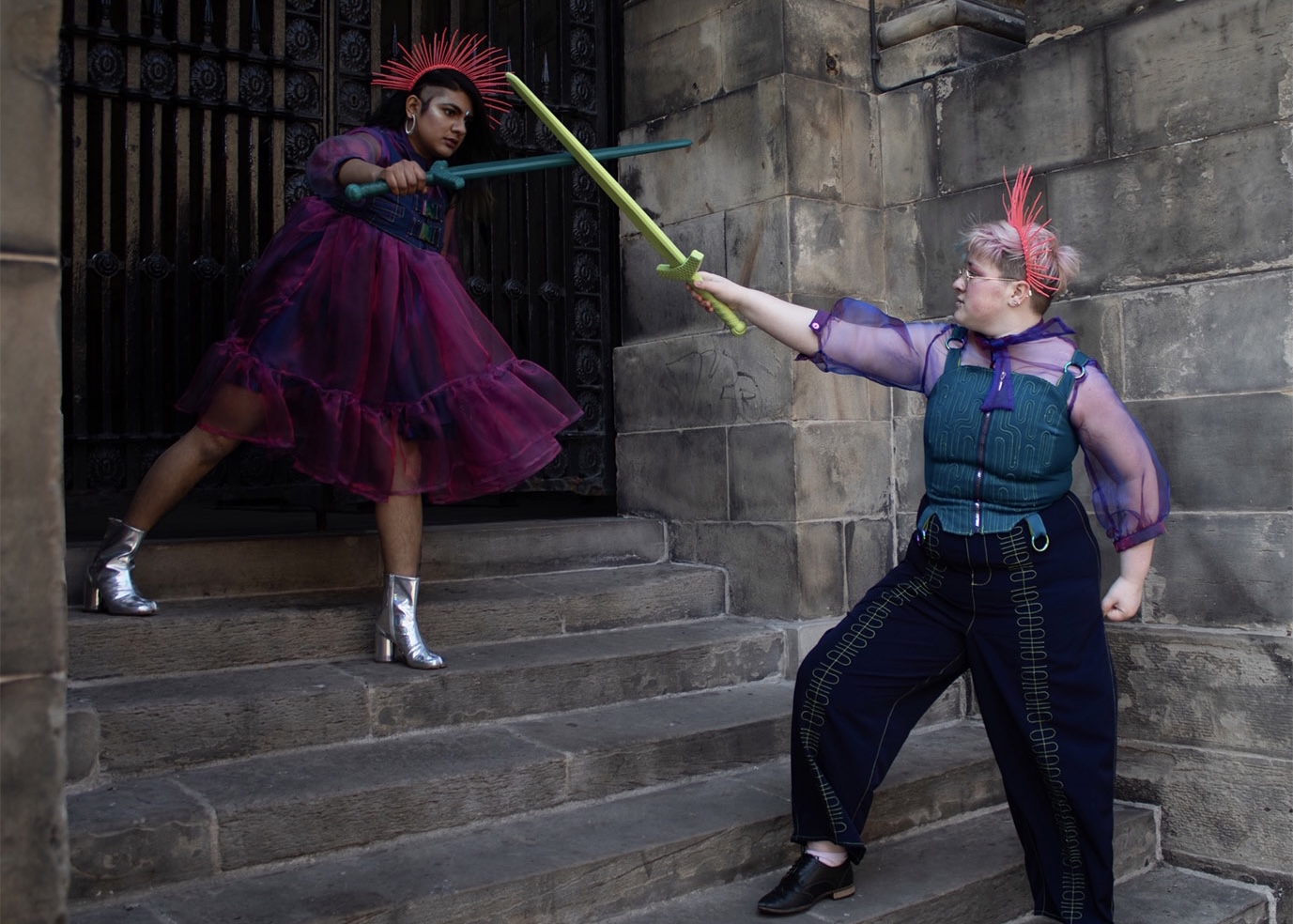 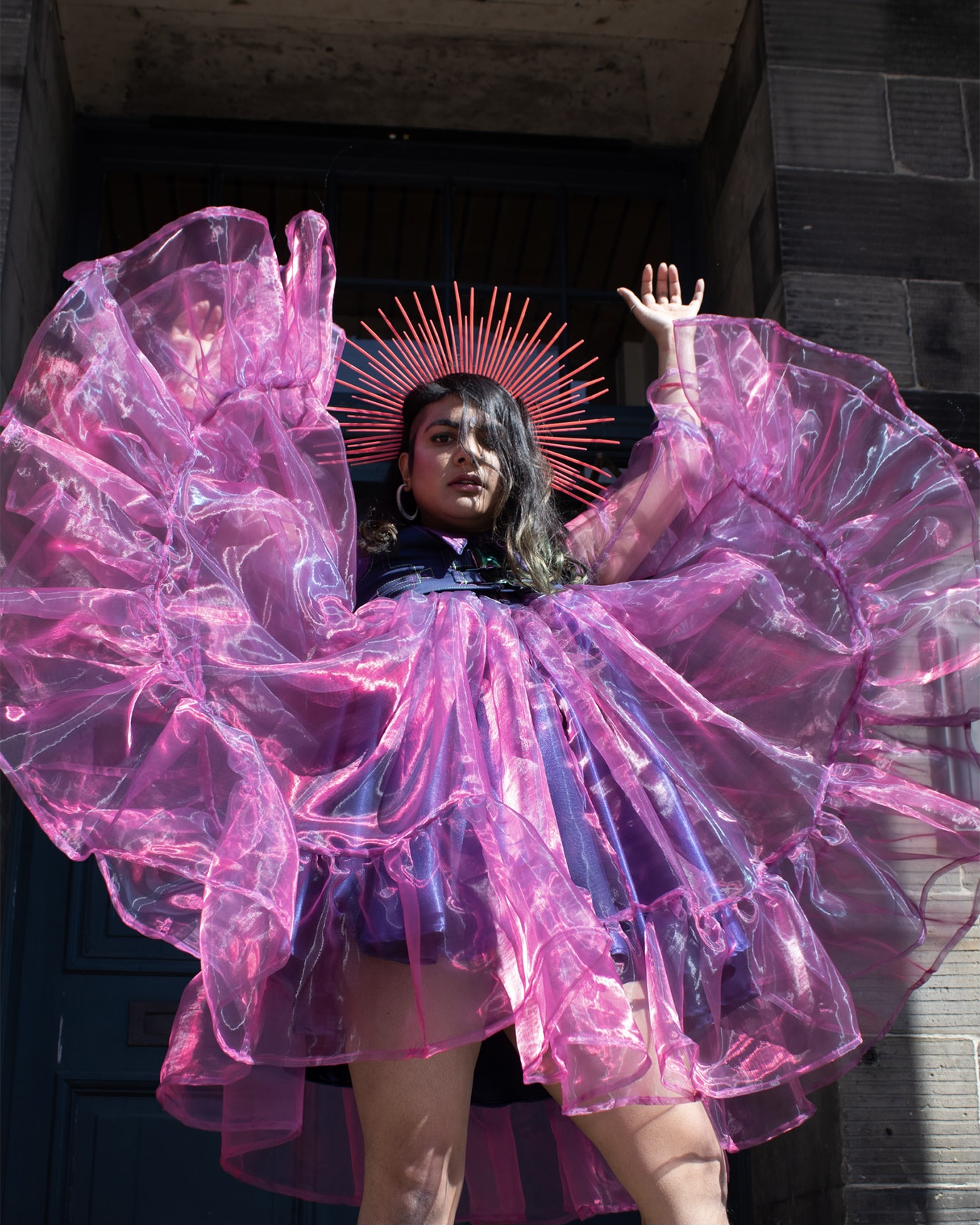 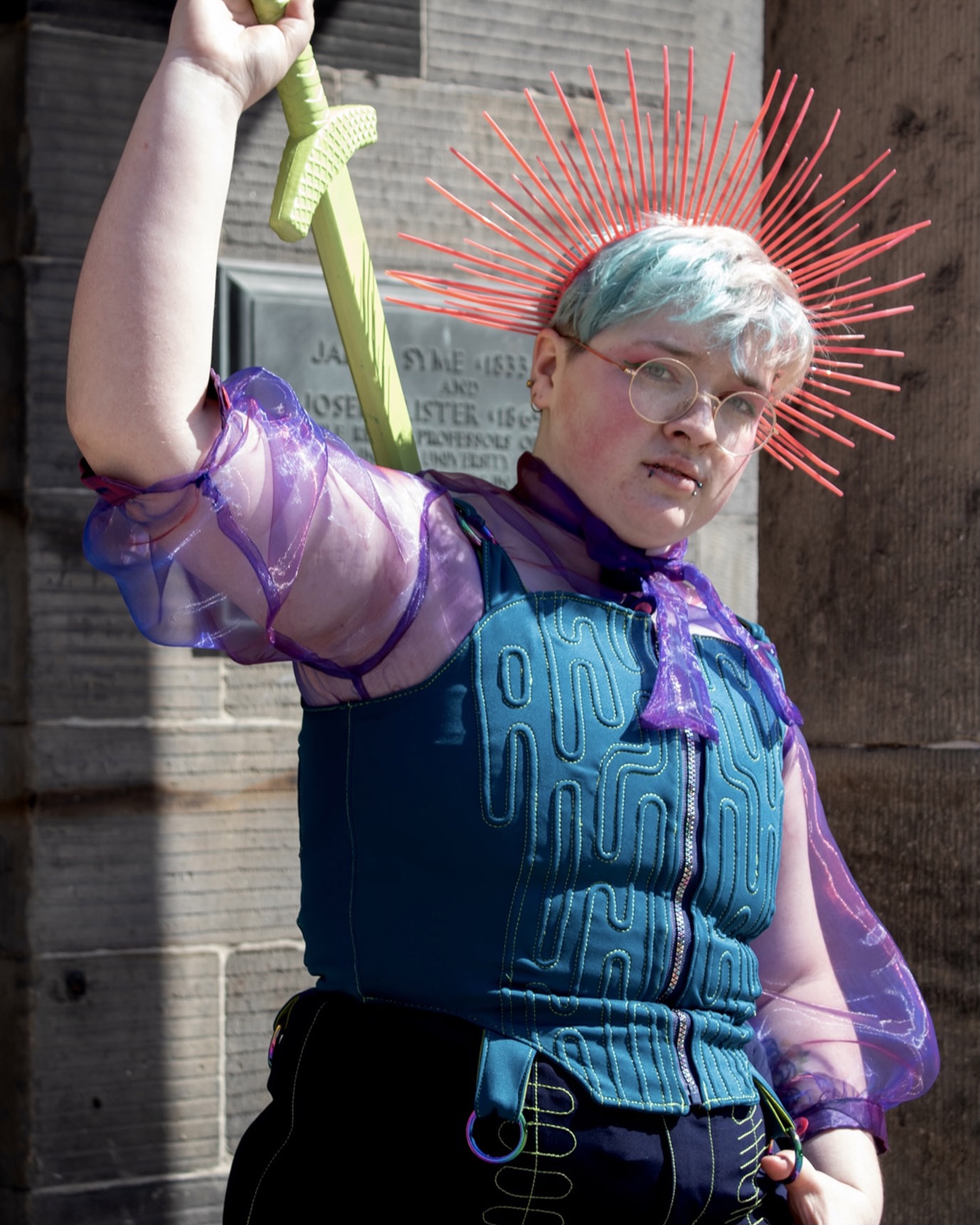