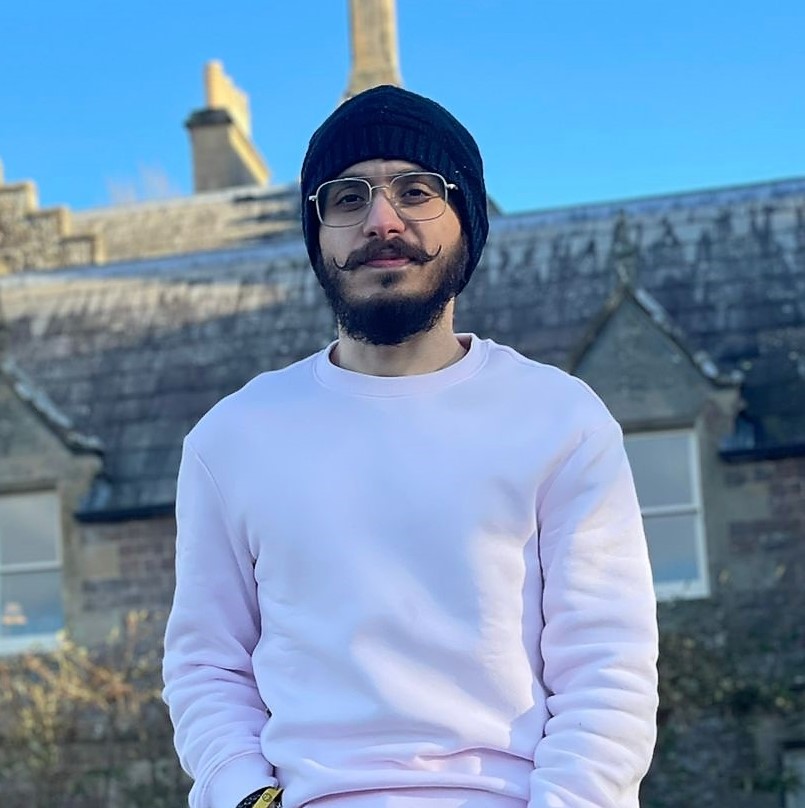 Whenever we think about designing for the differently-abled, the first image that pops up in our heads is the introduction of ramps or handrails. Over the years designers and planners have increasingly focussed on physical impairments and have remained aloof to the needs of the cognitively impaired in a built environment. In the UK alone, it is estimated that almost 850,000 people are living with dementia and this figure is estimated to rise to 1.6 million by 2040 (Twyford & Porteus, 2021). These figures also entail the increment in housing costs for people with dementia from 34.7 billion in 2021 to 94.1 billion in 2040 (Hussein, 2021). These alarming figures suggest that the design industry needs to adopt the proposal of sensitive considerations catering to people with dementia as the normalized design process, rather than them being preventive or corrective measures being introduced after completion of the built space. When designing a space for people living with dementia, it is essential that the spaces are tailored according to their expectations and needs. Be it their own home or a residential care setting, the application of sensitive design elements and principles can enable them to reside contently for a prolonged period in a desirable residential setting. Such designing methodologies also ensure that people living with dementia feel independent and confident while actively being part of the community.

The Waverley Residential Home located in Galashiels is one such project where the interior spaces need sensitive design interventions to make the interiors feel intuitive and dementia-friendly. The following project is an attempt to introduce interior elements and design principles to the existing built form that reinforces the feeling of being at home and part of the community combined with a strong sense of confidence and independence. 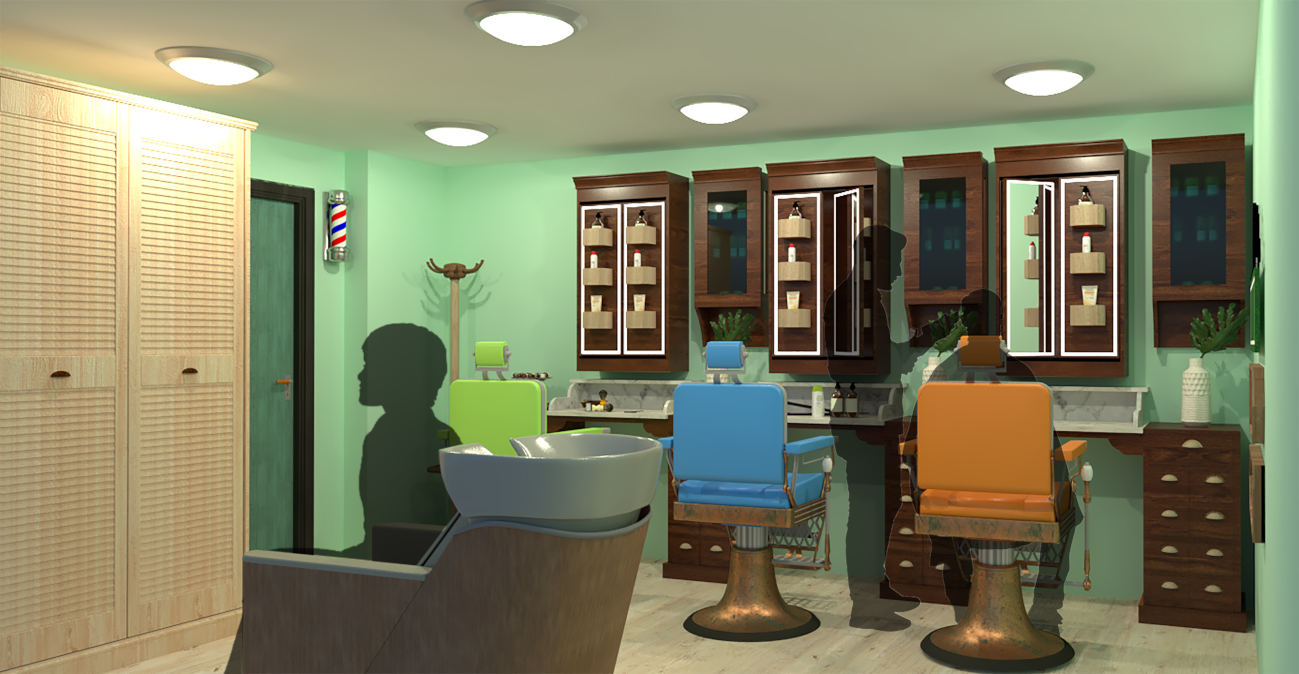 This project involved extensive research opportunities but also provided the chance to interact with the stakeholders. Their inputs when combined with the research conclusions paved way for the concept of 'The Indoor Town', its concept, activity mapping and final plan. 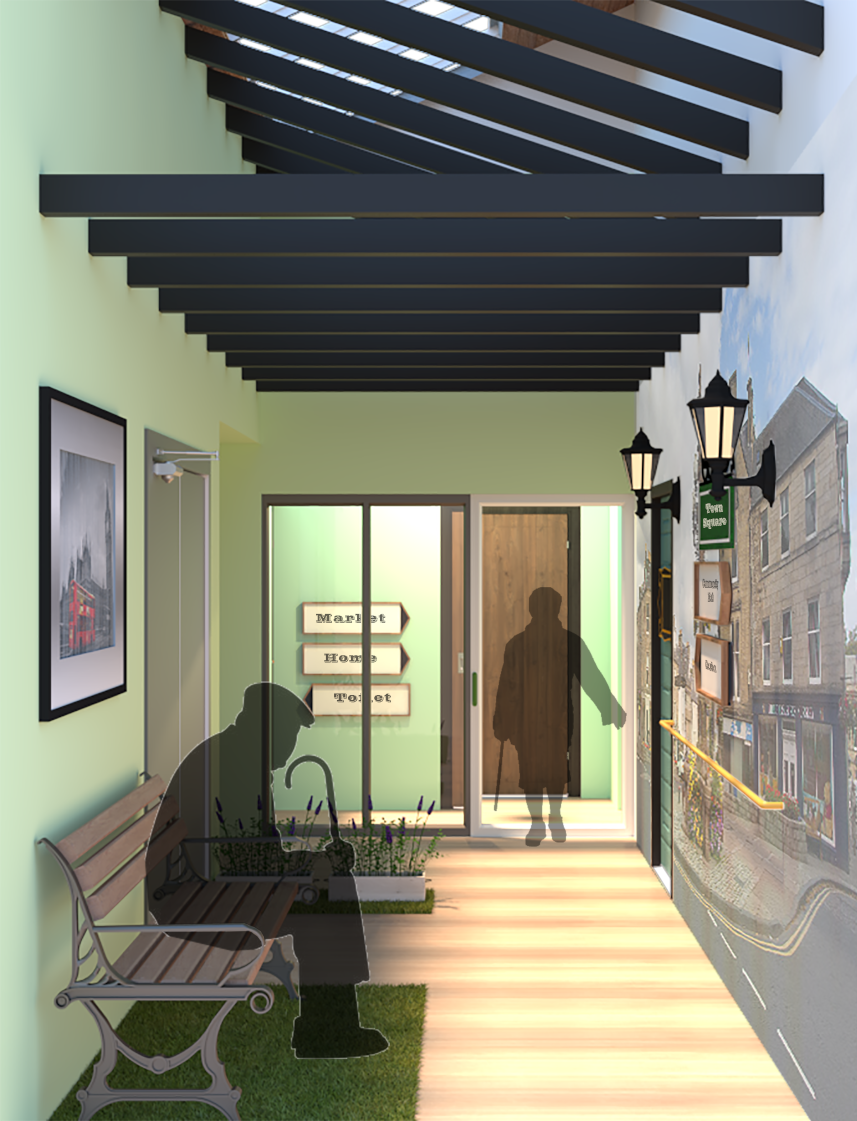 The central circulation corridor that is also the busiest portion of this building draws its inspiration from the hustle and bustle of a town square. To encapsulate this theme, a full-size wall mural has been proposed opposite to the seating area. This space receives plenty of natural illumination through the skylight. Artificial Turf and indoor plants beside the sitting bench along with the wall mural, retro street lamps and signages help this space attain its 'Town Square' character. 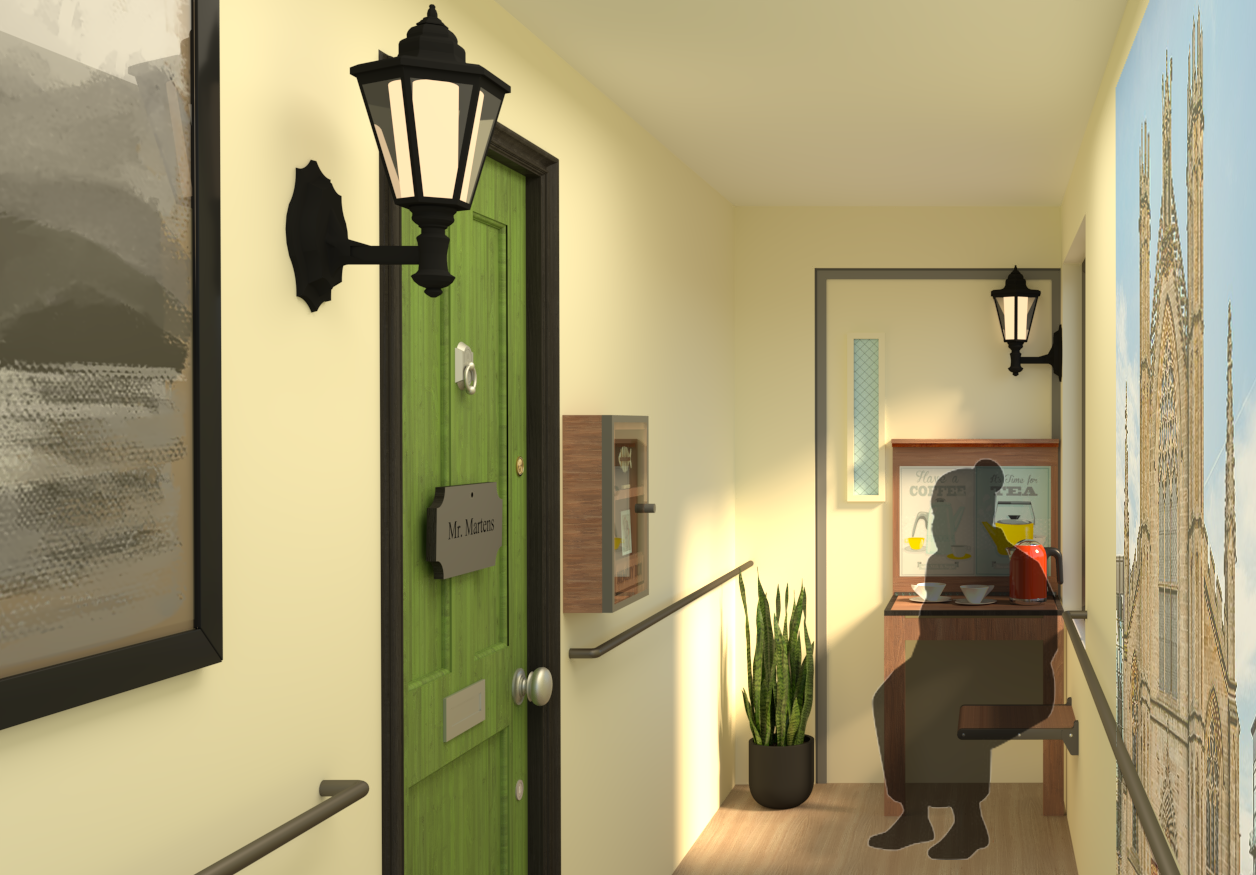 As people living with dementia have a tendency to explore and wander their residential spaces, each corridor's termination point has been provided with a wall/door-mounted folding table and chair. These can be folded back to create more space in the corridor or when a door needs to be used. Moreover, this area will also provide a destination for the journey taken by an explorer. At these resting spaces, explorers can catch a breath and relax, have a light snack, triangulate their current location and device a new journey or even call on a care worker if help is needed. Full-size wall murals of the townscape such as the Church, school, bank etc act as landmarks for navigation and wayfinding in the circulation spaces for people living with dementia. 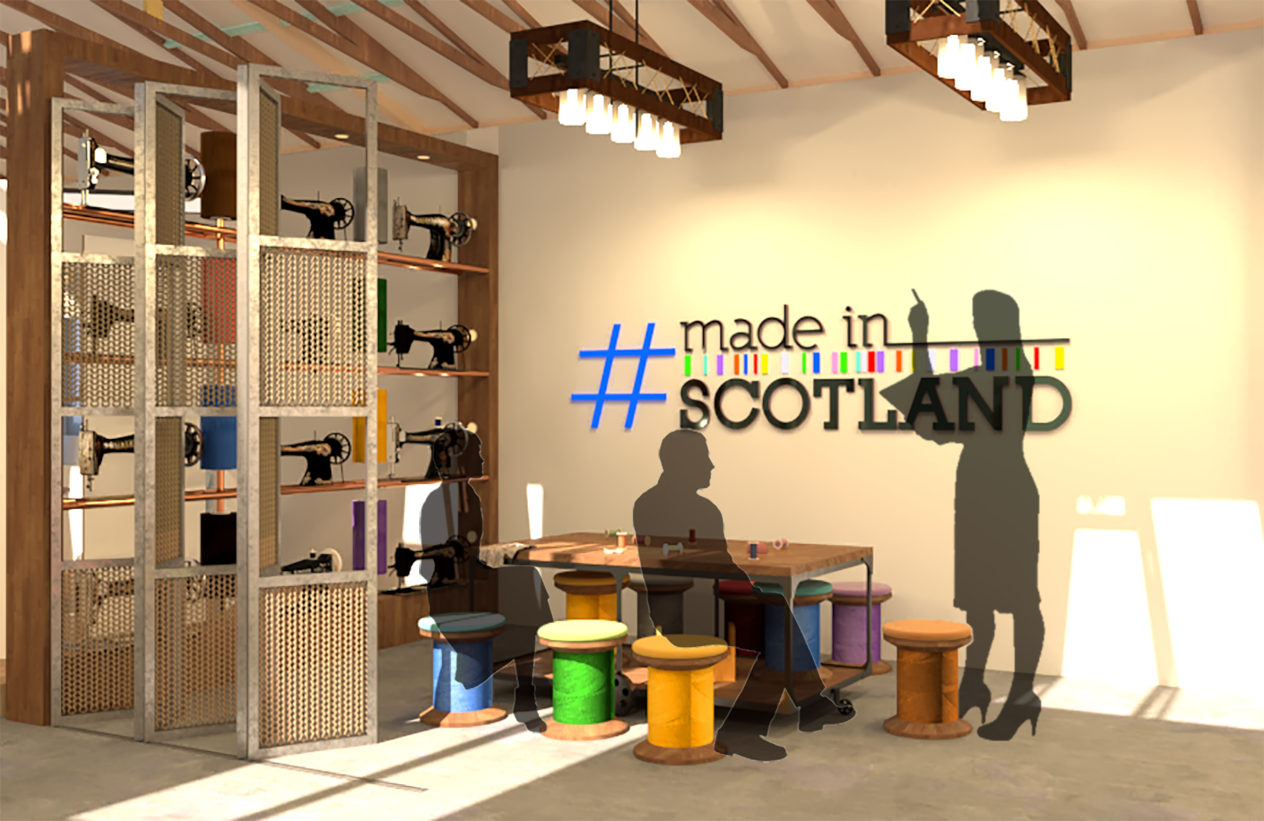