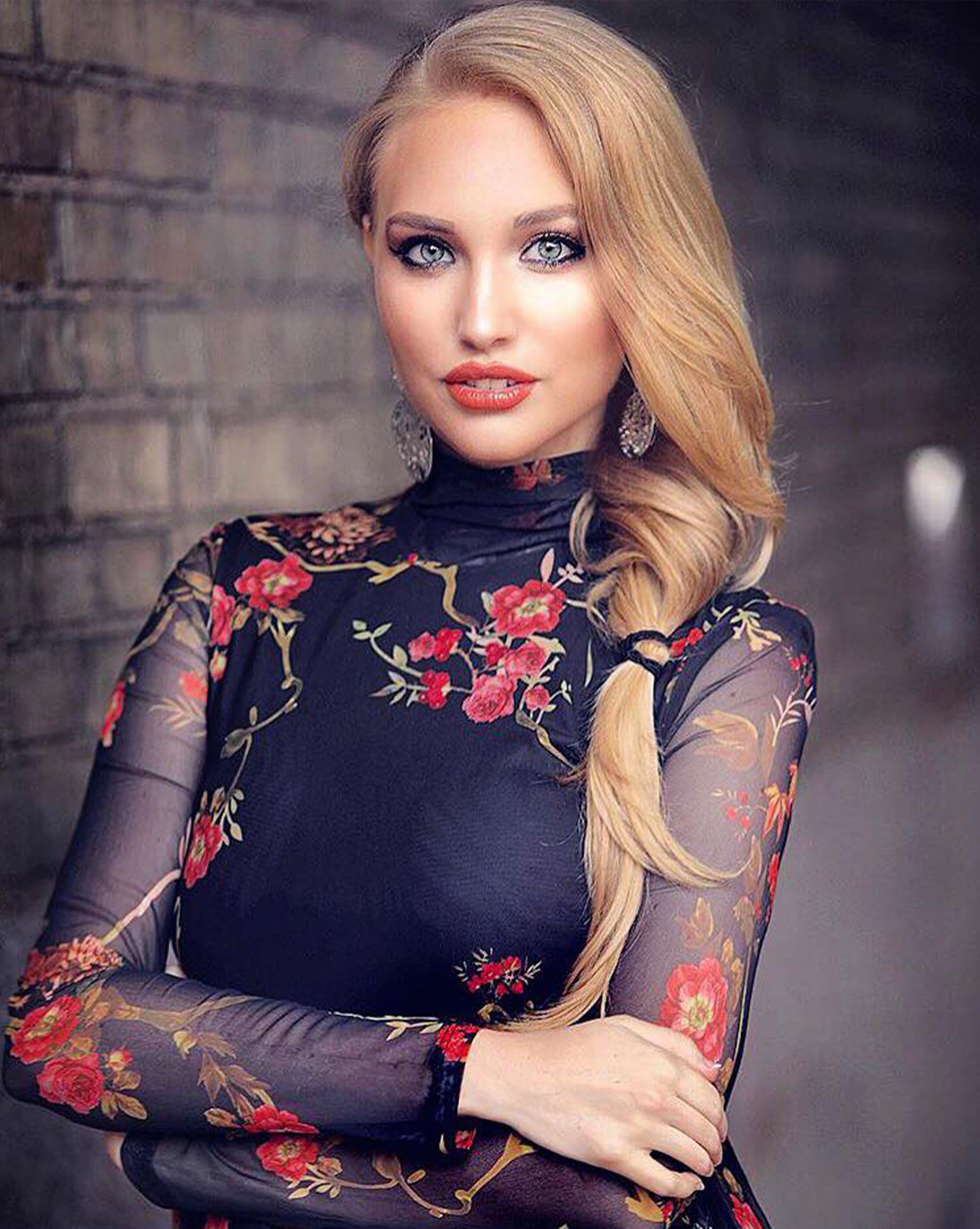 At the beginning of times, before Eve, there was Lilith.
Created by God in the same way as Adam, with extraordinary beauty, Lilith was meant to be perfect.
Soon after her creation, she gave proof of not being the subservient goddess she was expected to be and when she realized she wasn’t treated equally, she grew wings and left the Garden of Eden. After her escape, she has been punished by God, labeled as a demon, portrayed as different animals, and became a symbol of sexuality and desire. Nowadays, her standing for herself and fighting for equality make her a feminist.
Genesis is a high-end ready-to-wear collection that sees Lilith as a spectrum of today’s society, wherein some realities where women are still subservient to men and others, instead, where they have a voice and can fight for their rights. 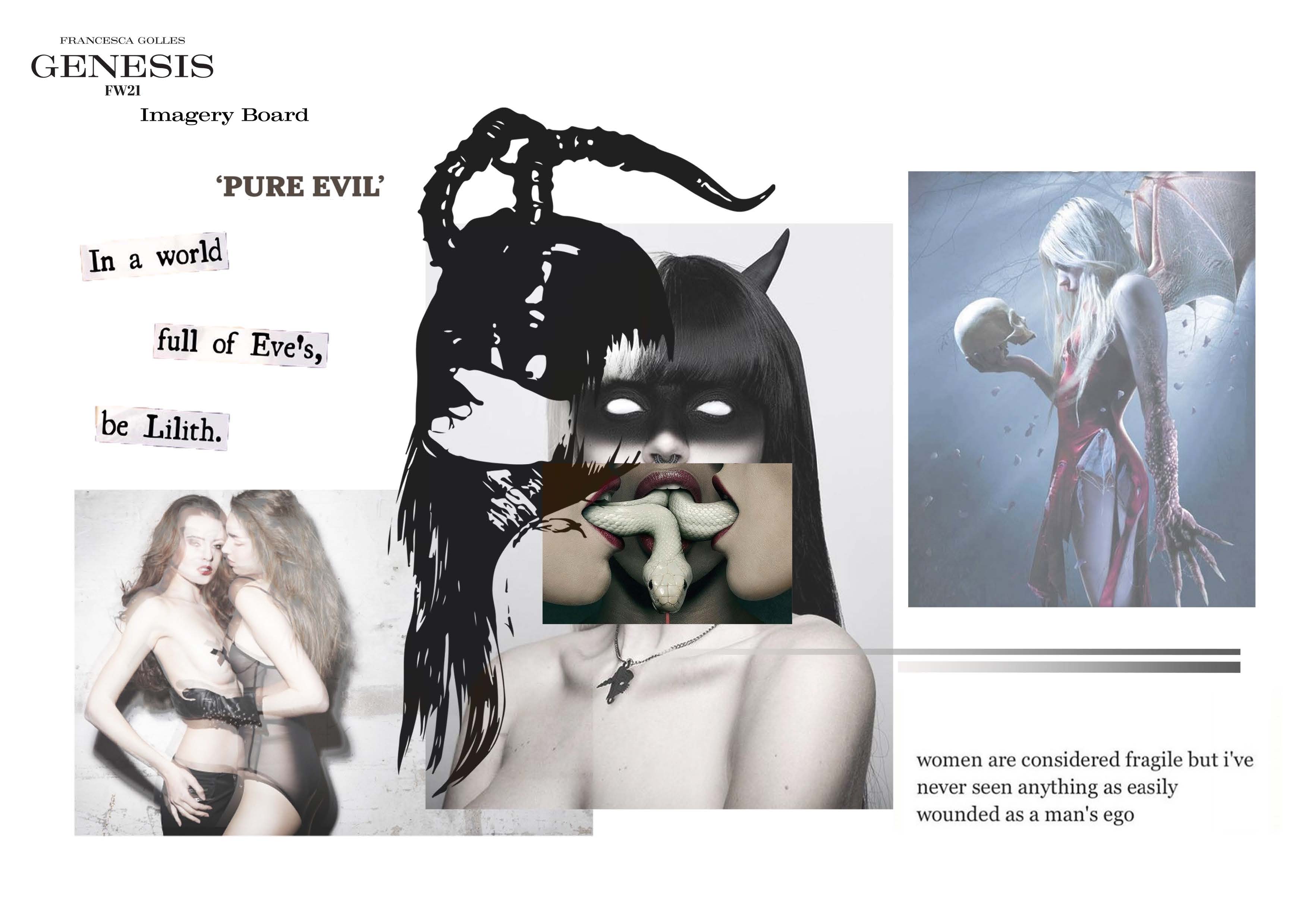 One of the two Imagery Summary Boards shown in the portfolio, representing the devious and hyper-sexualized side of Lilith. In this board, there are also references to her mythological and religious representations as a snake and a bat. 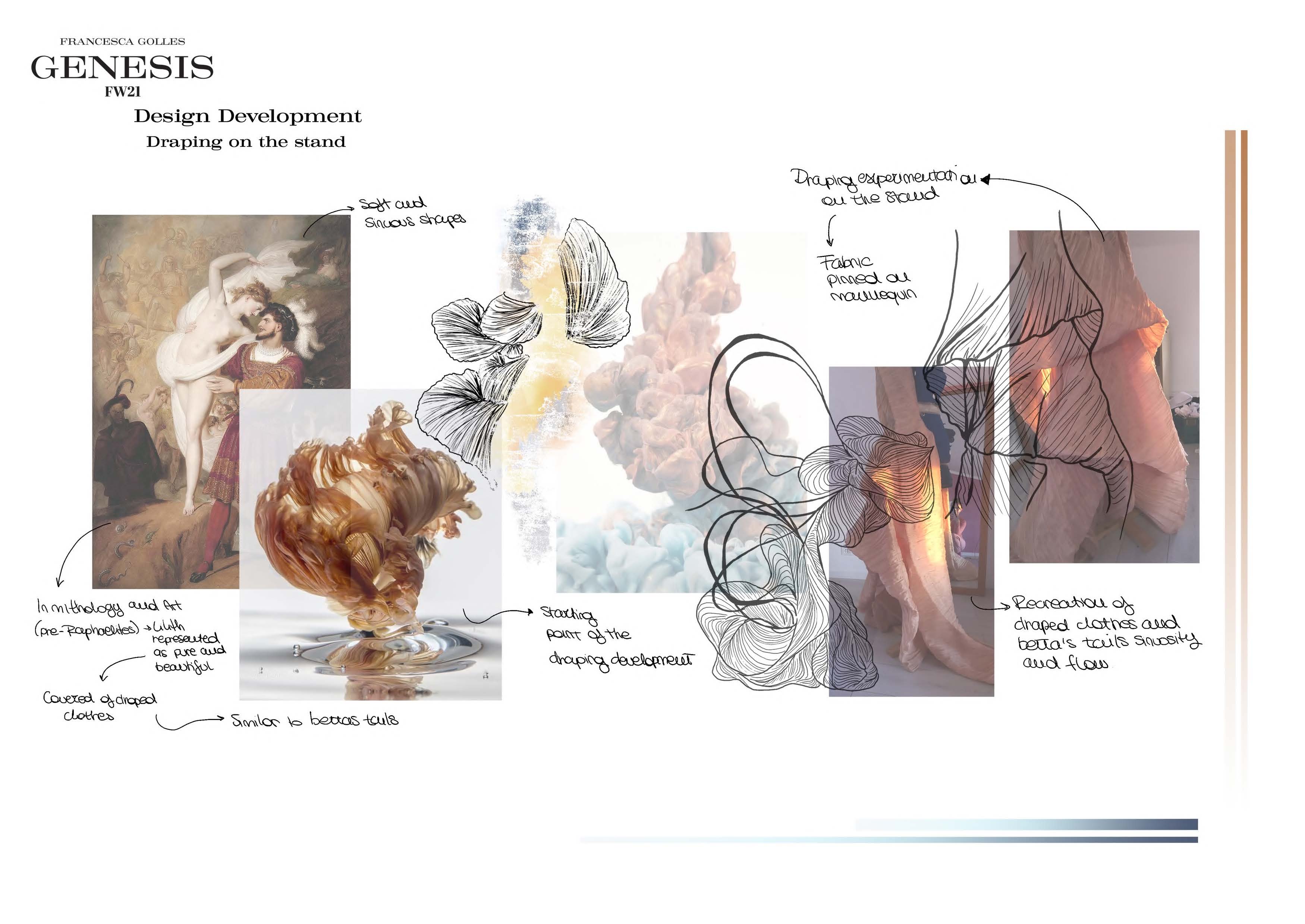 One of the design development pages showing the process that led to the development of some key shapes and silhouette in the collection, obtained through draping on a mannequin. 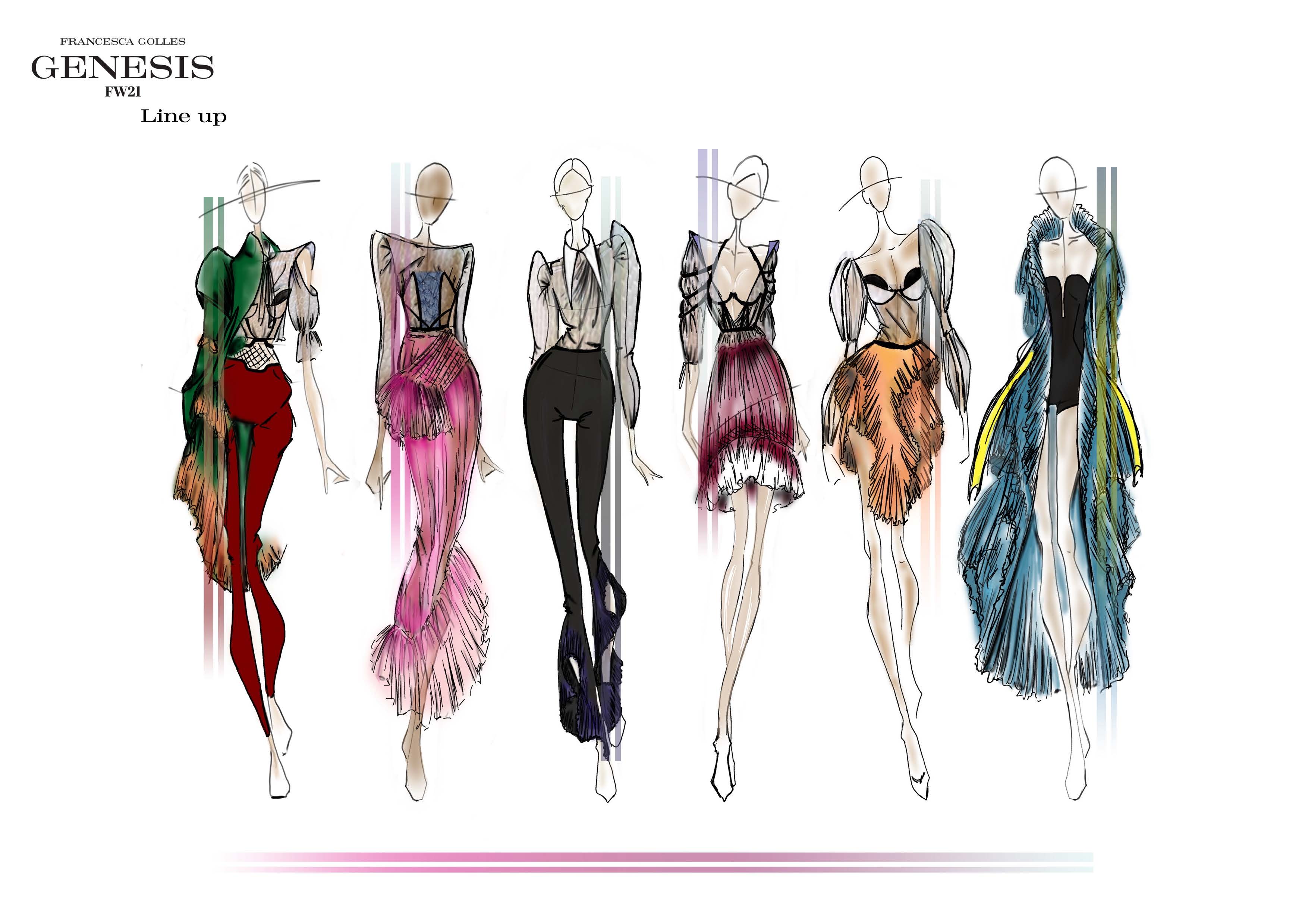 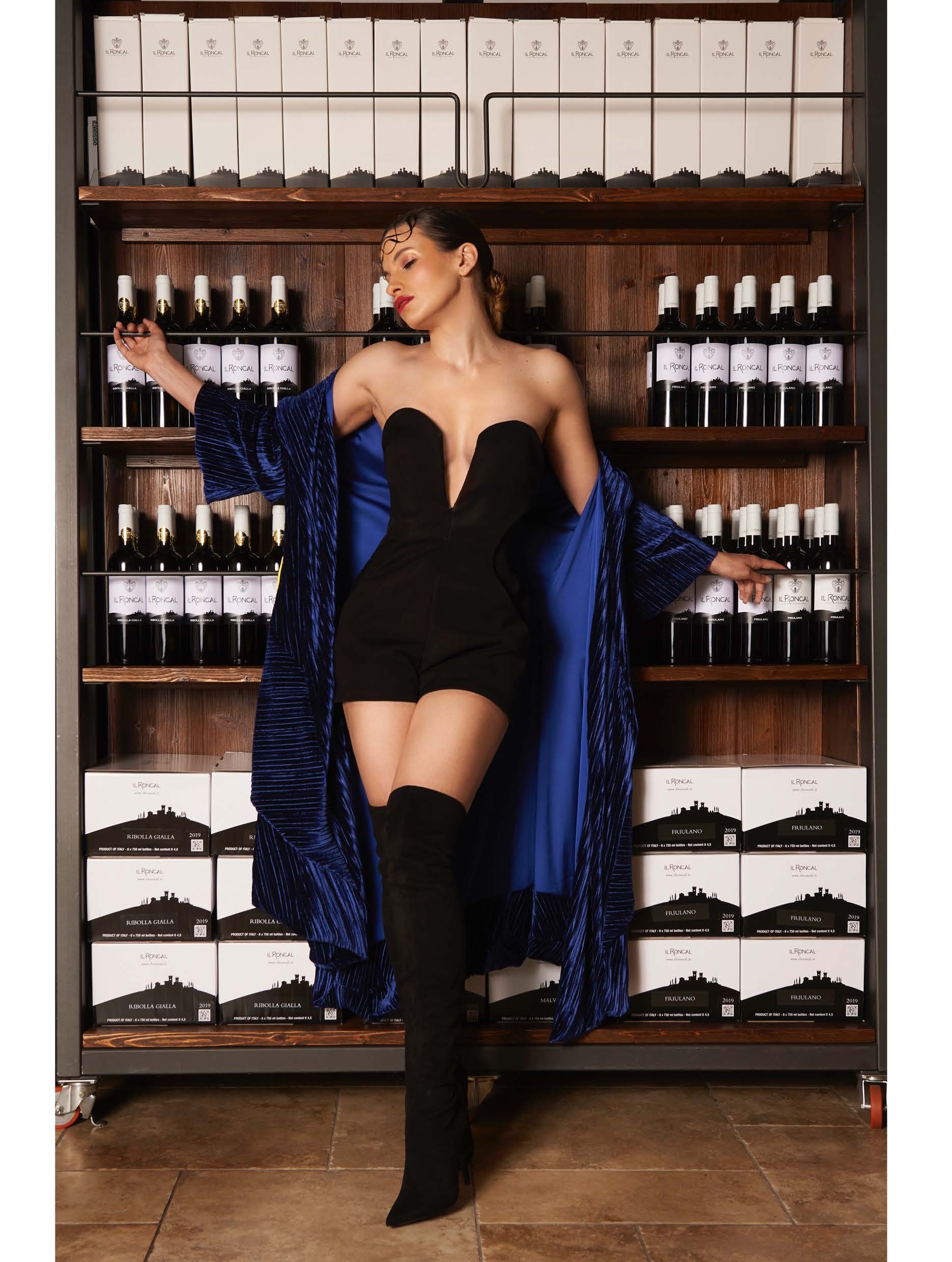 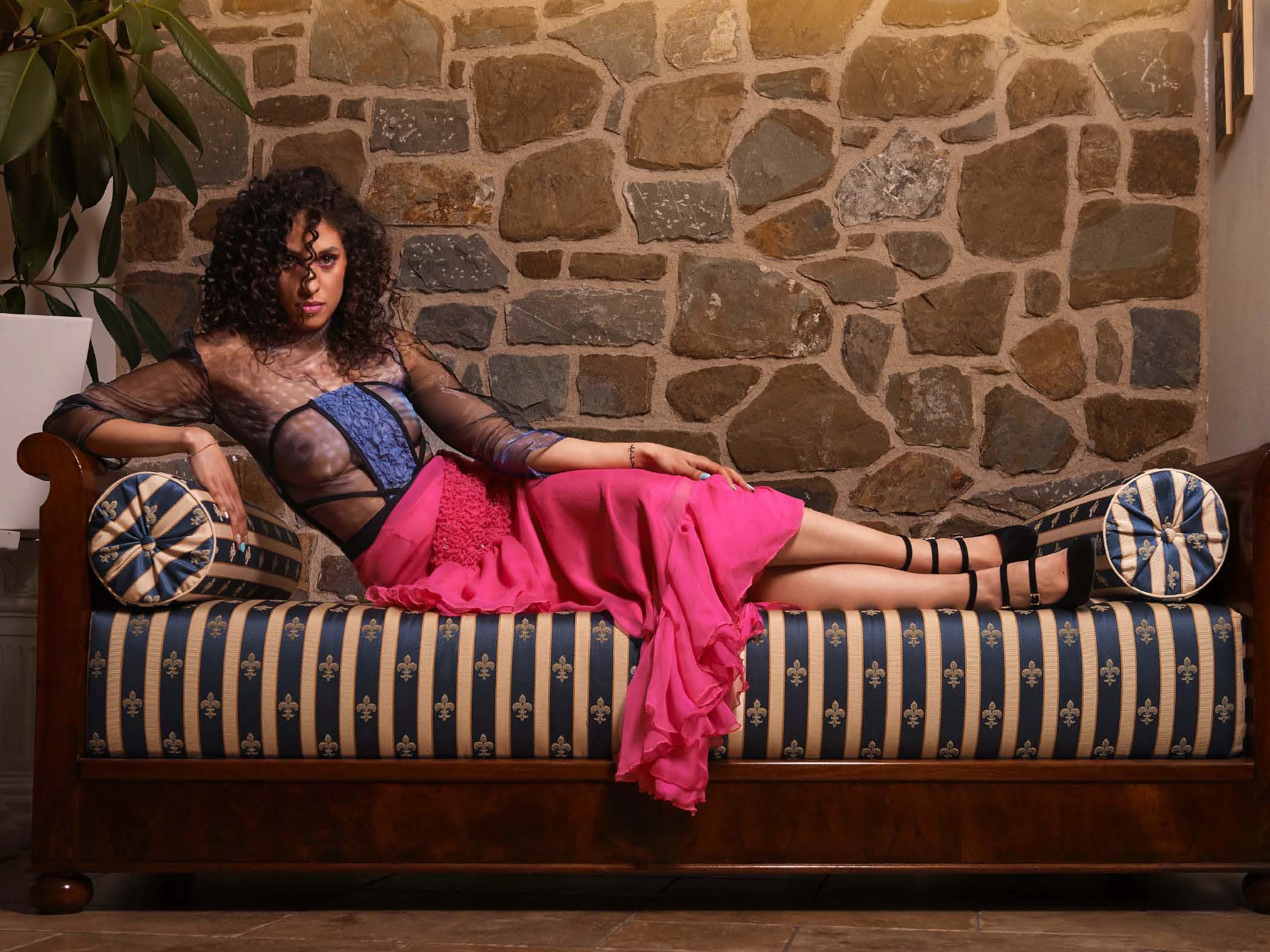